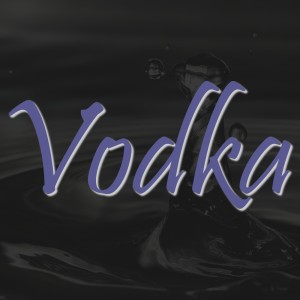 Here in the United States, there is the general misconception that vodka is just a flavorless addition. It is good only for making something alcoholic that otherwise wouldn’t be.   This does absolutely no justice to the history of vodka and to the myriad of subtle differences that defines the spirit.

There is so, so much more to the history of Vodka than most people realize.  For most here in the United States, vodka history usually boils down to: “there was a time before vodka, then there was vodka and everyone loved it and it was good! Also it comes from Russia, haha lets make some Russia jokes”.  In reality, the history of vodka is lengthy and tied intimately to the history of distillation and all spirits as well as complex international relations.

It all began with the still:

Credit for the still as we know it is given to a woman named Mariah Hebrea, a Jewish researcher in Alexandria about the year 200.  At the time, the still was a tool of alchemy (the closest thing to science), used primarily for experiments.  Distillation for drinking purposes doesn’t come onto the scene for almost 900 years, when it finally showed up in Russia.  The product produced at this time is not vodka as we know it.  It was an incredibly rough distillate, on par with the shoddiest of illicit moonshines available today.

William Pokhelbkin claims in his book “A History of Vodka” that Russia invented Vodka around the 14th century.  The Next closest contender, Poland,  followed in the 16th century.  Take that with some salt though, because this book was originally a report commissioned by the Russian government.  His express orders were to prove that Russia was the original home of vodka.

So from 1100 forward, spirits production grew both in homes and in factories.  Eventually the spirit would take the form of what Russians call Vodka.  In 1470 Tsar Ivan III (better known as Ivan the Great) established state control over distillation that lasted until the 1700’s.  Tsarina Catherine II (also, the Great) changed all that though.  She was a huge fan of the beverage and westernization so she relinquished state control in an effort to better introduce the product to the rest of the world.  There was some small success in spreading the gospel of vodka, but the spirit still remained primarily in Russian hands.  What this did accomplish though was the creation of massive vodka corporations that catered to the wealthy Moscow elites.

In 1917 the Bolsheviks took control of the Smirnov distillery (one of the largest in Russia).  The Bolsheviks were not exactly fans of alcohol or large private corporations, so they promptly threw the companies owner in Jail.   Soon, the operating Smirnov son escaped and established a distillery in France. Unfortunately it turns out the French didn’t particularly care for vodka.

After several sales, rights to the Smirnoff brand name (changed in 1920’s) found its way into the hands of John G. Martin.   Being a savvy businessman, he soon collaborated with a popular Hollywood night club: Cock N Bull restaurant.  Together, they created the Moscow Mule: Ginger Beer, Vodka, mint, and lime, served in a signature collectible copper mug.  From there the Smirnoff brand would be heavily involved in Hollywood, utilizing celebrity endorsements, a first in the U.S. for hard liquor. This would lead to starring alongside Sean Connery in the franchise that made Vodka (and the vodka martini) a central part of drinking in the United States.

The story of Vodka is, in many ways, the story of wise advertising.  John G. Martin’s collaboration brought the spirit in to the American limelight, but it would be other brands that truly made it the product it is today.

The Nolet family, of Ketel One fame, chose to advertise to bartenders and distributors in order to sell their product more effectively.  Absolut chose to truly embrace the celebrity culture, using the success of Andy Worhol, Titi and Ulla Wachtmeister, and Studio 54 to catapult the product to success.  And finally, the last piece in the puzzle:  In 2000 Grey Goose, a small french company, ran a very clever campaign in which they double the price of their product.  They also demanded the world acknowledge them as THE Ultra-Premium vodka. It was this final  shifting of perspective that made Americans place Vodka alongside Whiskey, Rum, and Gin, as a premier beverage for every occasion.

While I can talk about the history all day, it doesn’t help you in a more practical sense… for that, you’ll need:

For those of you who do want to know more about the history of Vodka (and other spirits), I strongly recommend:

Proof: the science of booze

6 thoughts on “The Definitive Guide to Vodka, Part 1: History”