So, you’ve decided you want to know more about martinis… that elusive, complicated, contentious martini.  Maybe you’re new to drinking and you’ve decided you’re going to be a classier kind of booze hound than your plebeian friends with their long islands and vodka red bulls.  Perhaps you’ve just started bartending and realized that hell hath no fury like a martini drinker who didn’t get exactly what they wanted (even though you made it like your bar book said!).  Or maybe you just love spirits and want to know more about this drink people rave about.   No matter what your reason, you’ve opened a whole new can of worms with this one.

It’s important to understand that whatever way the customer (or you) likes a martini is the right way to make it.  So for example, if you like a 2:1 gin:vermouth stirred; you’re right.  If you like 4 oz of ice cold vodka shaken and served in a pretty glass; you’re right.  And even if you order “Well Vodka martini: down, on the rocks, extra dry”… I’ll think you are a moron but damn if you’re not getting the drink you asked for!  How to make a proper martini depends on what year you’re pretending you live in.  Normally I wouldn’t delve too deep into the history of a cocktail because I don’t think people love that as much as I do, but with Martinis… the drink is its history.  You cannot separate the two. 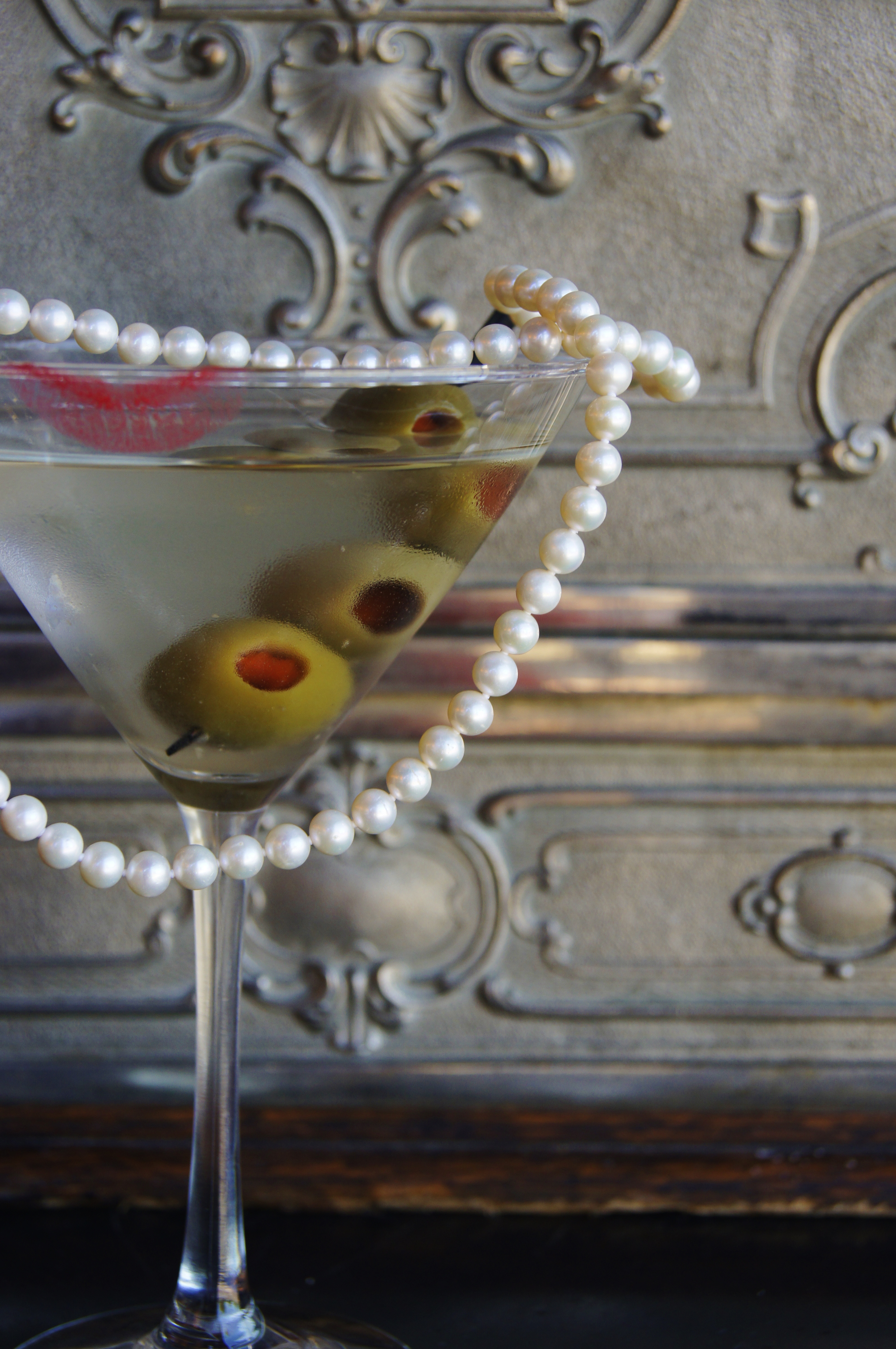 Let’s start from the beginning:  Sometime in the 1860’s the Martini, the Manhattan, and a drink called the Martinez developed.  Cocktail historians are unsure which came first, but it honestly doesn’t matter that much.  (There is also some contention as to where these drinks developed and who first made them.  This also doesn’t matter that much to us.) What is important is that you know a Manhattan is made with: American Whiskey, Sweet Vermouth and bitters.  A Martinez is made with: Old Tom Gin (a sweeter variety), Sweet vermouth, Maraschino liqueur and bitters.

There are also, of course, dozens of other cocktails being developed at this time using similar ingredients and structures of various names and origins.  Sweet Italian Vermouth was hot on the scene during this time so it found its way into many a drink.  It’s not totally clear when the difference between the Martinez and the Martini came to be widely acknowledged but at this time if you ordered a Martini, you were liable to get 2oz Old Tom Gin, 1oz Sweet Vermouth, and Bitters, all stirred together and served up.  Now, even though this is the earliest iteration of the Martini that we see and is actually named the “Classic Martini”, If someone is ordering at your local bar, they are unlikely to be referring to this particular drink.

The Martini begins to change…

Past 1910 is when the ‘Dry’ martini developed and this is where people tend to make their stand as to what is a ‘proper’ martini ratio.  Old Tom Gin is out of fashion at this point, replaced by Dry Gin (usually either London or Plymouth).  French Dry Vermouth is now hot on the scene, replacing Italian Sweet Vermouth at an incredible rate. This is not particularly surprising given that Americans are deeply obsessed with all things French.  Over the course of the next 80 years, the ratio of Vermouth in the glass steadily decreases.   30’s: 3 to 1, 40’s 4 to 1, 50’s and more: 6,8,12,15 to 1 part vermouth, and so on into modernity.  It became common practice to ask for a vermouth ‘rinse’, wherein you pour a small amount into the chilled glass and tilt and swirl, thus ‘rinsing’ the glass with the vermouth before pouring out the remainder.  Winston Churchill famously preferred his made while looking (presumably disdainfully) at a bottle of unopened vermouth.

Later, in the late 1960’s, Vodka really hit the American market.  Various men had tried various ways to break into the market since the 1920’s but met with little success.  The history of Vodka is its own (very exciting) tale, but the conjunction of Vodka and Martini happened on screen in 1964 when James Bond (played by Sean Connery) first ordered his signature martini.  The drinks popularity only grew from there, yielding several other Modern Classics such as the Matin, the Vesper, and the Diamond Martini.  It is this moment that that defined the Martini for generations to come.

But Wait, what about…

As a side note, some might be having such thoughts as “What about the lemon drop martini? Or the Cosmopolitan Martini?” This is a perfectly reasonable question.  During the 1990’s it became incredibly fashionable to serve drinks up in the Martini (or Cocktail) glass due to their elegance and versatility.  I have a great deal of respect for the art of presentation and I applaud bartenders efforts to make their drinks more visually appealing, particularly to female patrons who now found themselves in bars significantly more often during and after prohibition.  Such drinks however, are not to be mistaken for a true Martini.  A Lemon Drop is a vodka sour served in a martini glass.  The Cosmopolitan is a variation of the same.  While both drinks deserve our respect and admiration as classic cocktails, their preferred glassware does not denote their nature.

Now that we know the history of the Martini, and we all agree that any variation is perfectly deserving of the title of Martini, let’s get down to:

4 thoughts on “A Comprehensive Guide to the Martini Part 1: History”